Chris Hein 🎉 is a Software Engineer and Developer Advocate for Kubernetes at Apple . Prior to being at Apple, Chris was a Developer Advocate for Amazon Web Services (AWS) where he helped launch Amazon EKS he has also worked for a number of large and small organizations such as GoPro, Sproutling, and Mattel. You can find him out in the public talking at events or on Github contributing to projects that make Kubernetes run well.

Chris’ professional experience spans from the design world where he earned a Bachelor of Fine Arts ; New Media from the Academy of Art in San Francisco. Following a short stint in the design world he took that experience and translated into programming where he learned php and helped build Drupal and Wordpress sites. After that he learned ruby and Ruby on Rails and built ruby applications. Most recently he has picked up go which is accelerating his work in the Kubernetes community. 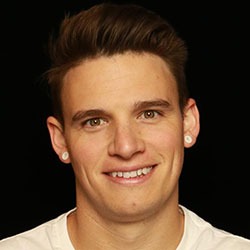